← Ayn Rand may have been a hypocrite, but at least she didn’t wet herself very often
Meeting Muammar → 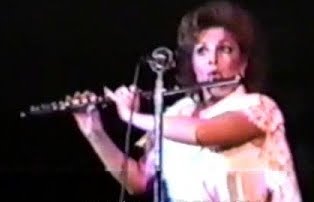 I haven’t been able to drink chamomile tea since 1984 when I was a judge on the Miss Alaska beauty pageant.

Being something of an expert in the art of deportment, I was asked to spend some time with all the girls in the days leading up to the pageant. You would not find a nicer group of young ladies – fine, salt of the earth women – with the exception of young Miss Sarah Heath.

I knew when I first saw her that she was a climber who would claw her way over the half-dead bodies of her parents if she thought it would get her mug on television. She had that same cold, mean urgent look in her eyes that Ayn Rand always had – as if someone else had dropped a dollar in church but not noticed, and she wanted to scrabble about on the floor to find it, and the only thing holding her back was the thought that God might see.

Sarah used to make chamomile tea for all the judges. She’d make a big pot, enough for perhaps ten or fifteen people. Then she’d portion it out into little cupfuls of smarm, and bat her eyelashes and say to me “Oh, Mrs Howard, I have some chamomile tea to spare, and I thought of you.”

However, she never gave any tea to any of the other girls. They’d ask and she’d say “I’m afraid I don’t have any to spare”, and then hide that teapot (which just you knew was still half full) under some towels as if giving away some hot yellow water was going to ruin the family fortune. Oh, she was as mean as a rat with a chocolate truffle.

Then, the day of the pageant, she suddenly started doling out that tea to the other contestants as if Jesus himself had come down for the weekend to check on how generous people were being. None for the judges, but even if one of the girls said they didn’t want any, she’d say “I’ll just leave a cupful for you here in case you change your mind.”

It’s funny. Even with a large majority of the contestants that day showing clear signs of having been doped with cheap crystal meth – one poor girl absolutely freaking out on stage convinced the doves from her magic act were trying to kill her, another sitting staring at her own feet and blubbering about the “terrible claws” – Sarah still only managed to come third.

I mean, really, did you see that flute performance? In that cheap lace blouse and the Margaret Thatcher hair cut, she looked like a cut price Detective Mary Beth Lacey without the fashion sense, the comic timing and the ability to shoot a gun properly.

We gave her Miss Congeniality, of course, because none of us wanted to wake up with a moose head in the bed next to us.

She’s much slicker now, I admit, but if you look in her eyes you can still see the young girl in the ugly blouse who thought that everyone else in the world was stupid and would never see through her tricks.

Cheap trash can become rich trash, but mean and dumb is forever.

[Edited to fix Sarah’s maiden name. My old mind does play tricks on me sometimes. Thanks to Raven for his polite and timely correction.]